What We Are Learning » What does the community think of the changes?

What do children think of the changes? 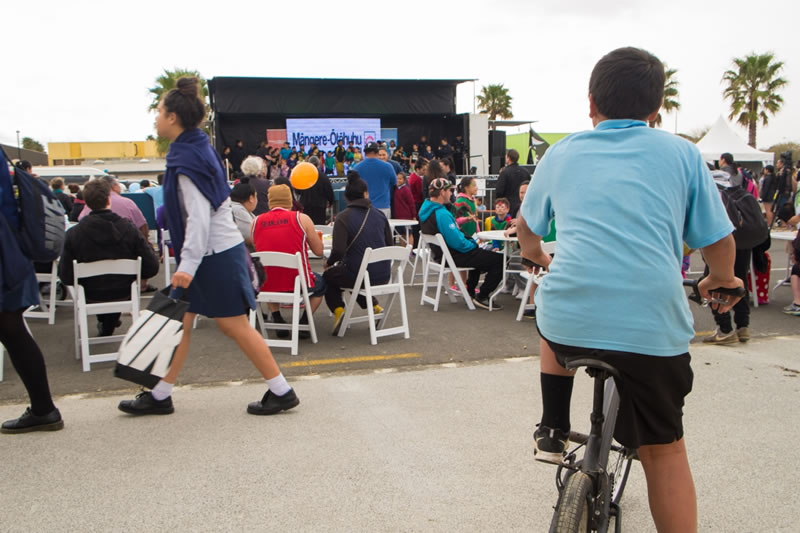 During the 2014 focus groups, a large aerial map and photographs of the area were shown to the children and young people in the intervention area. The students marked up their routes between home, schools and other destinations, places they most liked/disliked visiting, and the places they felt safe/unsafe. The students talked about how they travelled around Māngere and the reasons for this, and what would make it safer to undertake active (and independent) travel in the area.

Findings pre-intervention (from the 2014 focus groups)

Getting to and from common destinations (school, shops, parks, sports facilities, churches) was generally by car or on foot with walking trips almost always in the company of friends, siblings or other family members. The children said they did not want to walk alone, and many indicated they were not allowed to by their parents, mainly because of fears about violence and bullying from older youth, and concerns about crossing roads safely.

Independent bike and scooter use was mostly restricted to playing in the street near the children’s homes. Biking or scootering to school was rare, other than on school sponsored ‘wheels day’ events. If children ventured further afield on bikes they were generally accompanied by parents or other adult family members. Many of the children talked about being scared of encountering youth gangs in local parks, alleyways and dead-end streets. Difficulty crossing local roads and speeding cars were key traffic-related concerns.

Students wanted the area to be safer from people in cars and people in streets. They wanted more parks and walkways, for there to be basketball hoops in the park to make it more fun, and for playgrounds to be alcohol-free. They wanted dogs to be chained up so they couldn’t come onto the footpaths. And they wanted drivers to watch out for them.

The students had good knowledge of the street changes and felt the new raised crossings (“speed bumps”) in particular had reduced the dangers of traffic. Older students recognised that raised tables sent a message to drivers to slow down.

Bike lanes were generally seen positively although few had used them, apart from at organised events led by a local bike activator. Broken glass left on the bike lanes and cars parking in them were noted.

Feedback on the buildouts on Friesian Drive was positive: there were fewer trucks and as one boy said “people are going slow and they wait”.

Walkways, plantings and the playground were seen as big improvements to the Windrush reserve: “more stylish and cool”. We also saw that the dots on the Community Trail can be fun to play with.

However personal safety and roaming dogs in the area remained concerns. Students were fearful of antisocial and bullying behaviour of older youth, and alleyways were still unsafe.

Most primary school children still travelled by car to school. This appeared to be due to normative expectations regarding school travel, a sense of ‘stranger danger’ and established patterns of family travel. Many primary school students however would walk home from school, with streets considered safer in the afternoons than mornings.

Some children reported that their parents got frustrated at slower speeds and loss of parking and were taking different routes to avoid the bike lanes.

A book chapter reporting on this data is available here.