What We Are Learning » Are people safer walking and cycling?

In this research, we wanted to find out what the effect of the street changes were on the number and speed of motor vehicles travelling in Māngere. The street changes aimed to make it easier and safer to travel in Māngere, especially by walking and cycling. 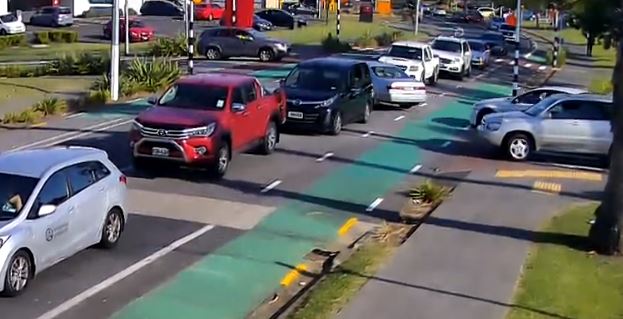 We used tubes laid on the road to measure the speed and number of vehicles. Councils often measure traffic in this way.

Once we had the measurements, we looked to see if they had changed between 2014 and 2017 in each area. We also checked whether the change in the intervention area was different from the change in the control area – this was how we worked out the effect of the street changes.

Change in traffic volumes on local streets in control area and intervention area:

Average speeds on local streets before and after the changes:

This shows that the street changes reduced the number and speed of motor vehicles, compared to what would have happened without. These effects were strongest on the local (smallest) streets. The graph below shows how the speeds on local streets have reduced in the intervention area after the street changes were made. Please note that the lines on the graph have been smoothed. 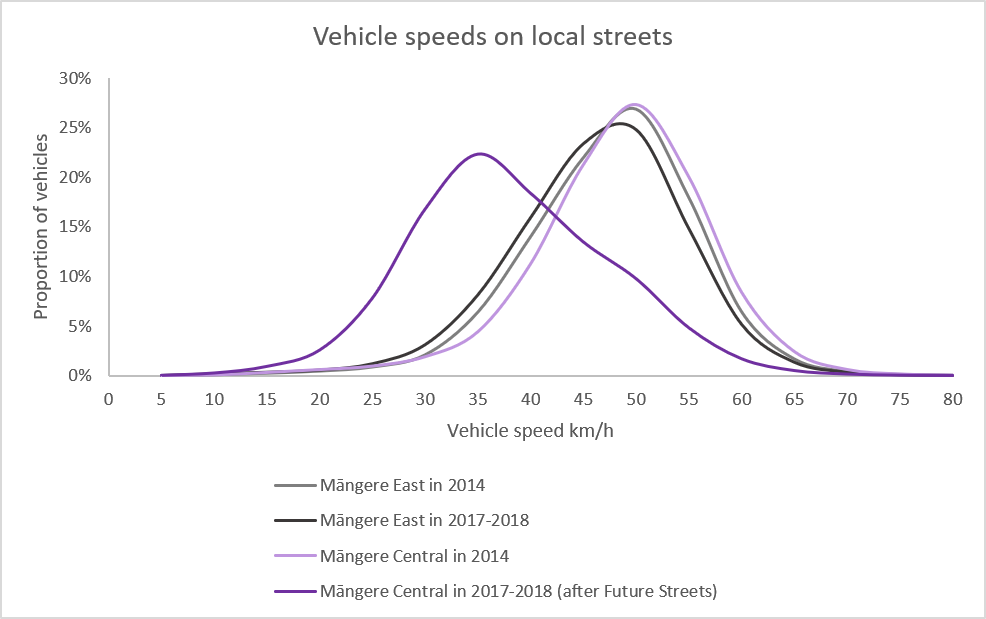