What We Are Learning » Are people safer walking and cycling? 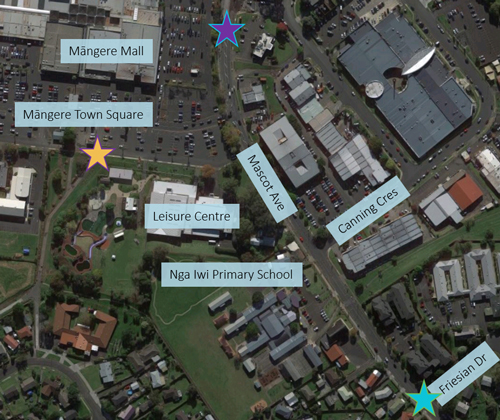 To understand if walking and cycling in Māngere Central was made easier and safer.

The locations, and the changes that had been made to them were:

A coding framework was created so we could watch the videos and code how pedestrians and cyclists were using the road, especially when they were crossing the road. We wanted to understand if the changes that were made to the streets meant that it was now easier and safer for people to cross the road and use the streets.

Following the street changes, we found that walking and cycling was made easier and safer for people.

At all three sites we found that the change in the street design meant it was easier for pedestrians to get around, and cross the street. The wider footpaths meant that people can walk more comfortably in groups and means that they don’t have to walk on the road when they walk in big groups.

The raised zebra crossings make trips a lot easier for people who use wheelchairs and mobility scooters, or who push prams and shopping trolleys. This is because the level of the footpath is at the same height as the crossing.

We tracked how people move across the road in 2014 and 2018. The pictures below the lines represent the pathways that people took as they were walking or cycling on Mascot Avenue near the Bader Drive end. In the 2014 image we can see that people were crossing the road everywhere! Not only that, but their movement was very opportunistic based on the next available gap in the traffic. This can have big problems for safety and traffic efficiency. In the 2018 image, with the new zebra crossings in, you can see that the majority of people are crossing the road in one spot (the raised zebra crossing). This is much safer because not they have right of way and can cross the road much more comfortably. This is a really good outcome. 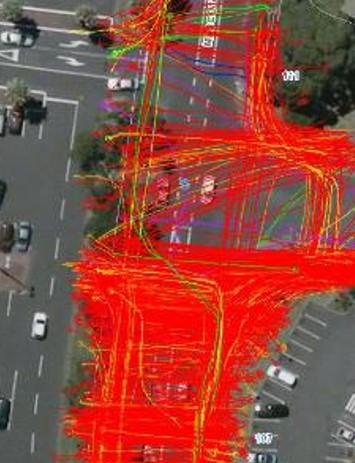 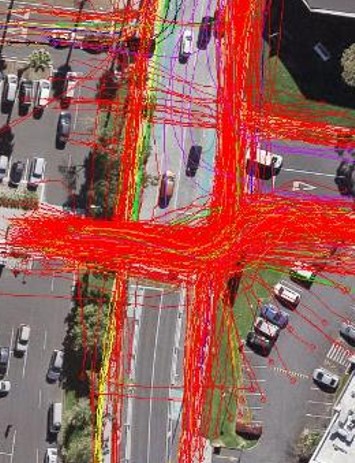 The zebra crossings also mean that more cars are stopping to let pedestrians cross the road, meaning pedestrians can now cross in one movement rather than darting, waiting in the middle, and then making another dash for it. Now, the cars must wait for the people. Across all three sites, there was a 53.2% increase in cars stopping to wait for pedestrians. This means that pedestrians now have more opportunities to cross the road. For example, in 2014 at the Bader Drive end of Mascot Avenue we noticed that 32.5% of people crossing the road had to wait for cars before they could cross (some people waited over a minute). But in 2018 we only 8.3% of people had to wait for a car before they crossed (most of these people weren’t using the raised zebra crossing).

% of people waiting to cross the road:

Not only is it easier to cross the road now, but it is also safer for people to cross the road. In the video observations we recorded interactions between people crossing the road with vehicles. For example, did they have to run to avoid being hit by a car? Did they have to wait for ages before there was a gap in the traffic? Did a car speed up even though there was someone crossing the road?

The images above also give us ideas about how we might improve the design of the streets in the future. For example, the zebra crossing over the driveway into the Town Centre could be improved to reduce the number of slow speed interactions happening there.

Also, it seems like a lot of interactions are happening on the ramp on the raised table (in on the bottom left in the 2018 image). We also see that a lot of people want to cross the road here (from the images with the red lines, above). In the future perhaps this location could be made safer with another zebra crossing?

For people on bikes, at Mascot Friesian, there was a shift towards people using the cycle facility, meaning there are fewer on the road (-10%) and footpath (-25%). This is also a safer outcome for pedestrians as there are likely to be fewer interactions between all user types.