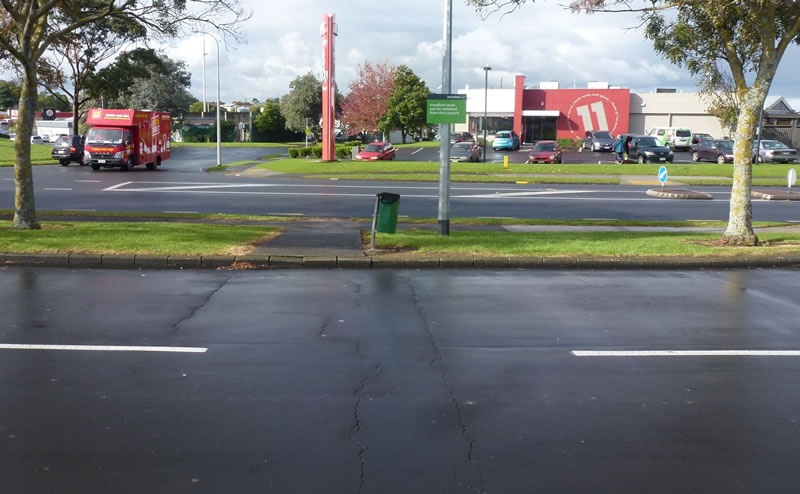 The aim of this project was to make changes to the streets and other connections in Māngere so that people using the streets, especially pedestrians and cyclists would be safer and could get around more easily. Another aim was to reflect cultural identity with the improvements.

The project is called Te Ara Mua – Future Streets meaning “the path ahead shaped by the path behind”.

In addition to the street changes, this is also a research project. Researchers want to understand what effect these changes have on the way people move around the community.

Intended outcomes of the research:

Māngere Central was chosen following an intensive selection process across Auckland. The process took into account neighbourhood connectivity, road safety, potential to benefit the local community, and willingness by the community to jointly participate in the project. Māngere East was used as a comparison (‘control’) area and may receive changes to their streets at a later date. 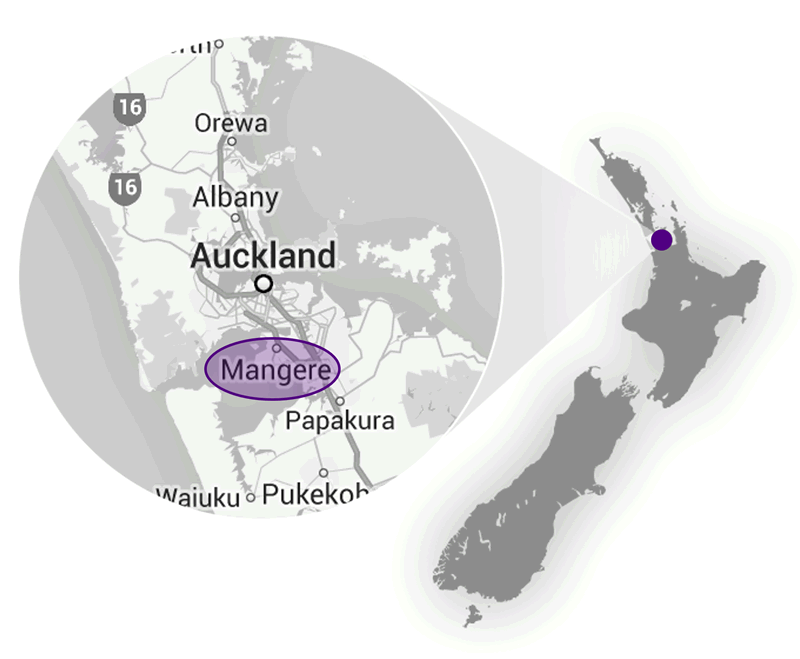 A great way to get around your neighbourhood is to walk or wheel. It is cheaper than driving, gives you the chance to get some fresh air, say hi to your neighbours, and as a bonus it keeps you fit.

In 2012, the design of the streets in Māngere encouraged people to drive instead of using cheaper and healthier options like walking, cycling, or scooting, even for short trips. One reason was because the footpaths were not comfortable to walk on, crossing the road could be difficult, and walking through parks could be dangerous. Getting around in an active way was not the easiest or safest option.

We know that the design of streets can have a big effect on how people get around. Sometimes neighbourhoods are designed in a way that means getting around by walking or wheeling is difficult or scary. Maybe there isn’t a place to cross the road easily, or maybe the footpath is bumpy. These problems might mean that rather than making active local trips, you drive instead, or if you have mobility difficulties, stay home.

Changes to streets can be made which alters the way people use them. We can put in pedestrian crossings so you can cross the road more easily. We can make the footpath surface smoother and wider so it is easier to use. We can also make roads narrower to slow down cars, especially because they are dangerous around our tamariki [children].

For more information about the details of the construction and the reasons behind it, click here.

The first step was to talk to locals. We wanted to learn about the things that they felt make it difficult to get around, especially by walking and cycling. This happened between 2012 and 2014 where a community participatory design process led by the Local Board (Māngere-Ōtāhuhu Local Board) together with a community reference group, and the research team was carried out. Changes to the design of the streets were discussed with the community. This was done through flyers, information sessions, community events, and booths held at the Saturday Markets in 2013 and 2014. The aim was to understand local people’s concerns and aspirations.

People from Māngere talked about what changes were needed and how they should look. The perspectives of a range of people were heard, including kids, mana whenua, people with disabilities, shop keepers, and other local residents. This was important for the design process because after all, the Māngere community are the experts on their neighbourhood – they know their streets better than anyone.

These discussions led to the creation of seven design principles which were followed to inform the design concepts used throughout the project.

The seven design principles were:
1. Streets that work for walking and cycling
2. People feel safer as they get around the community
3. Traffic speed is reduced
4. People can cross the road safely
5. Access to Schools and the Mall is prioritised
6. Creating spaces for biking
7. Improvements reflect the identity of Māngere people 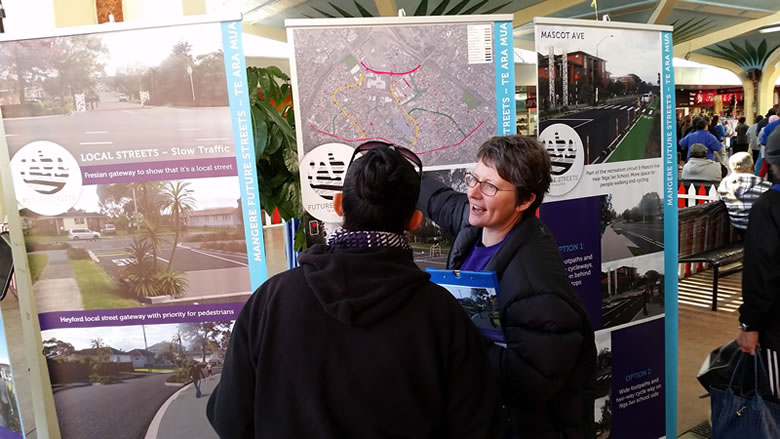 The second stage of community engagement involved two consultation processes managed by Auckland Transport. It focused on the detailed designs for the new infrastructure, particularly relating to the partial closure of one street.

Te Ara Mua – Future Streets is a partnership between community advisors, mana whenua, researchers, and practitioners. Combined, and with community input, their knowledge contributed to the development of the street changes.

Several organisations were involved to give advice on the project regarding: engaging Māori and Pasifika; appropriately representing and acknowledging place; community engagement; infrastructure design; and research approaches.

Auckland Transport implemented the changes and collaborated in the design.

Seven research organisations worked together to help design the street changes. They are continuing to work together to understand the impact of the changes on the community.

A new-wave of follow-up research will commence in 2020 and this has been funded by a HRC grant.

In 2013 a design competition was run between secondary students for the design of the Te Ara Mua – Future Streets logo. Students at Southern Cross Campus and Māngere College were invited to develop logo designs. The winning design was the work of Jonah Filipo. Jonah was presented with his prize by Lydia Sosene, Chair of the Māngere-Ōtāhuhu Local Board. The photograph taken in 2013 is of Jonah with his mother and Lydia Sosene. 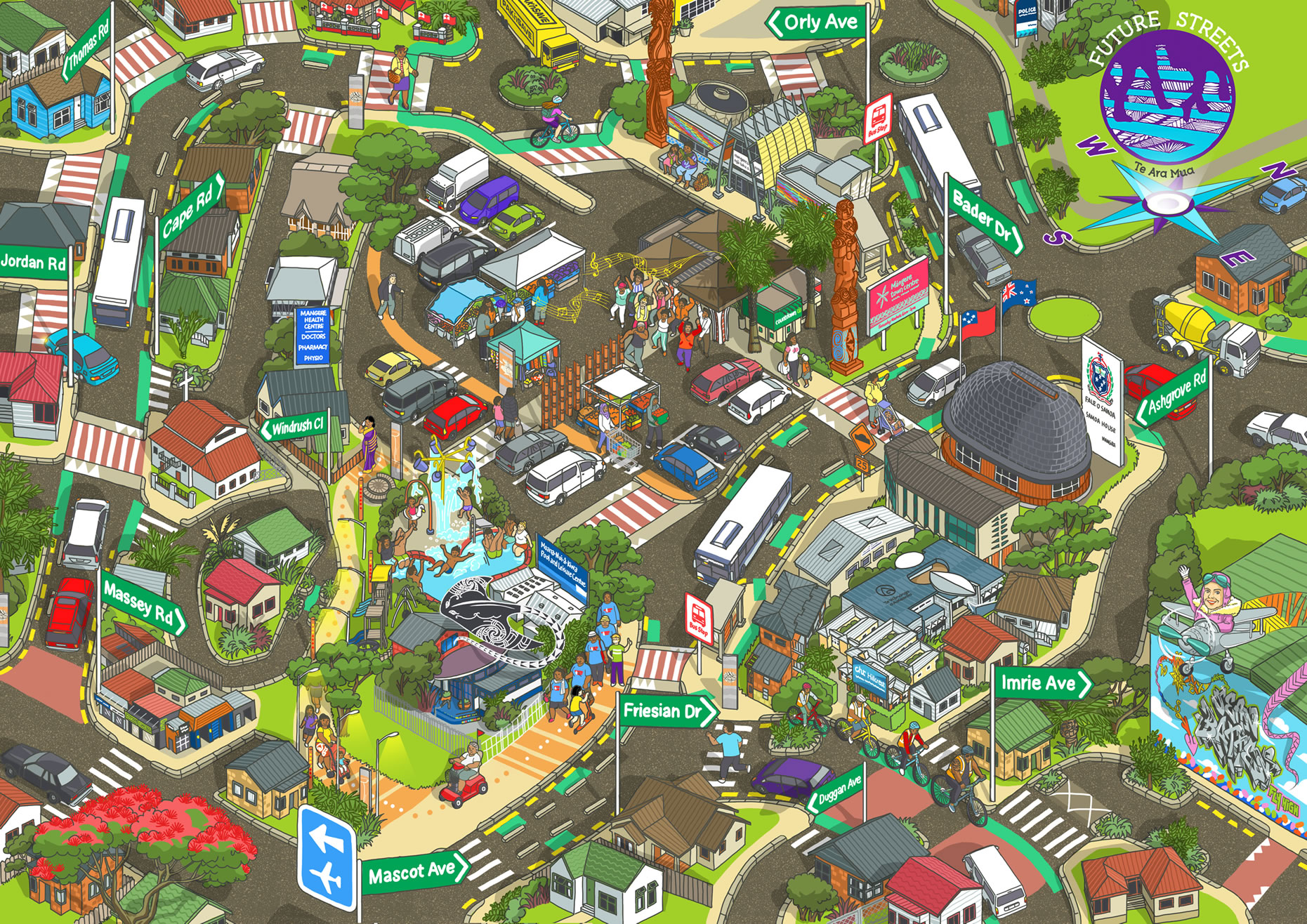 The Cartoon Map of Māngere

Lei Wen is a Freelance Designer and Multi Disciplinary Artist. Her diverse skills range from the hand drawn to complex computer design; enabling her to come up with innovative ideas for marketing, event concepts and graphic design. Lei was born in China and moved to New Zealand when she was seventeen to study at Whitecliffe School of Art and Design. After graduating she stayed and settled with her family in West Auckland.

“I love Auckland and am constantly amazed by its diversity and natural beauty. Māngere is a centre full of colour and life – that’s what inspired me with this image. I wanted to capture its strong sense of community and its rich cultures.”

Of Sāmoan descent, Sound & Music Producer Anonymouz’s work spans traditional music composition and production through to experimental avant-garde sound art. His thorough approach to research, engagement and innovative application means his skills are in high demand in both the traditional and wider creative industries. 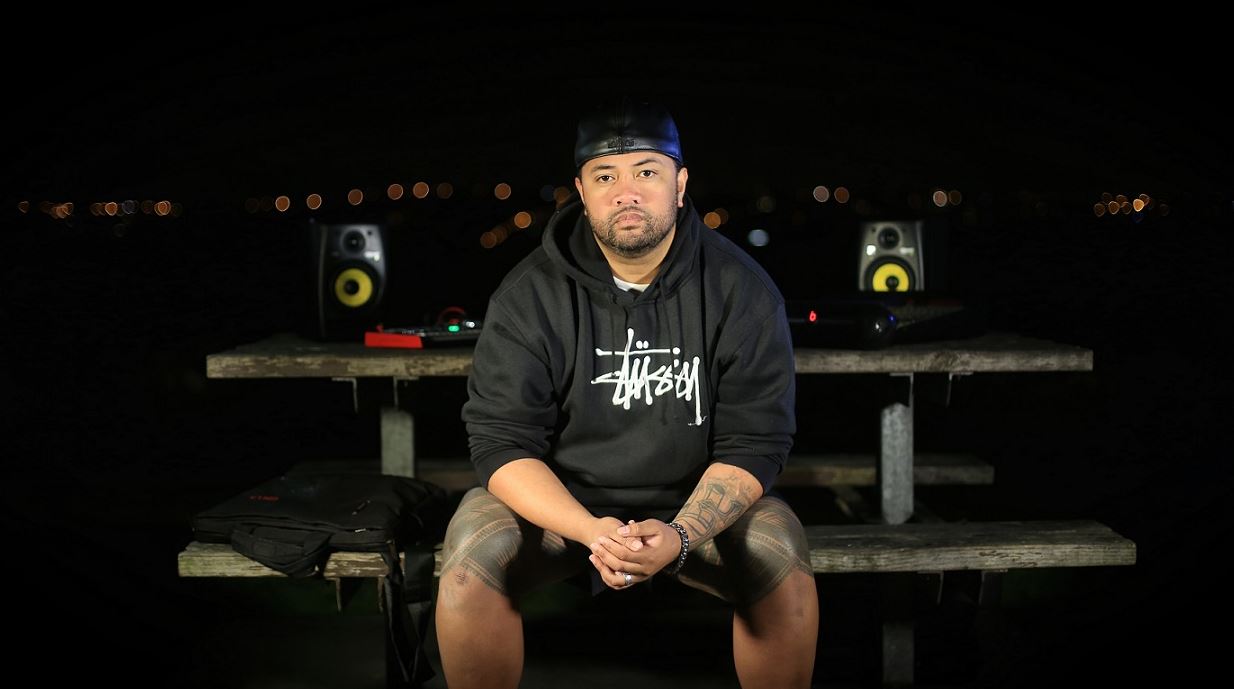 He was one of 20 Pacific artists who attended the 2016 Festival of Pacific Arts in Guåhan (Guam) as part of the Aotearoa delegation, premiering an original 20 minute audio soundscape work at the Guam Museum created exclusively out of audio samples recorded around the island.

In 2014, he was appointed by Auckland City Council to oversee the production of permanent soundscapes for the new Glen Innes Music and Arts centre facility “Te Oro”. Unveiled a year later, it was the first time a non-physical public art work had been commissioned by a local authority in New Zealand. In addition to productions for organisations such as Auckland Museum, Auckland Philharmonia Orchestra, Auckland Art Gallery, Auckland Theatre Company & Auckland Libraries, he has also produced for many local music artists.

His work can also be heard every four minutes on Pacific radio in the many imaging stings that he has created for NIU FM and Radio 531 PI.  Most recent creditation is as the producer of the track MASTA which features in The Rock soundtrack for Dwayne “The Rock” Johnson’s new Hollywood blockbuster Hobbs & Shaw.

Marcelo Oliveira from Metamorfose9 has 12 years’ experience working in the field of Website Development, Web Design, and Digital Marketing. He has lived in Brazil and Australia and is proud to work with companies in both countries – and now in New Zealand – to help them achieve their goals. 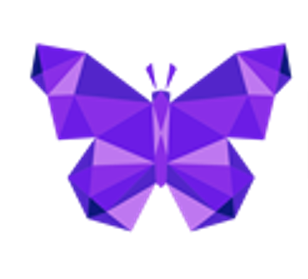